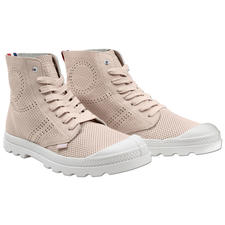 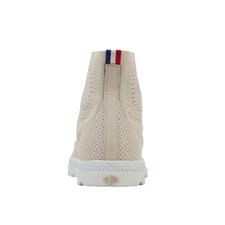 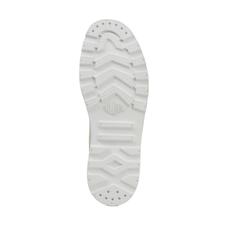 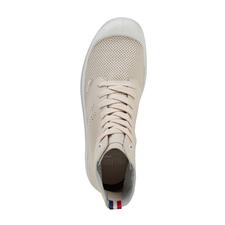 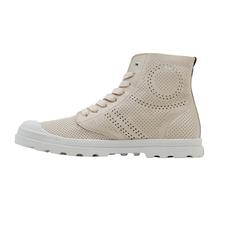 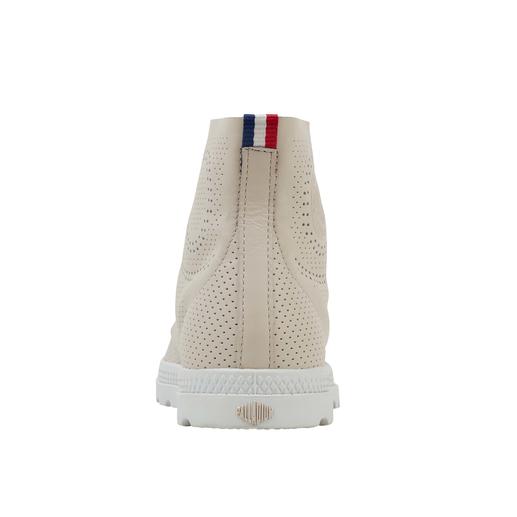 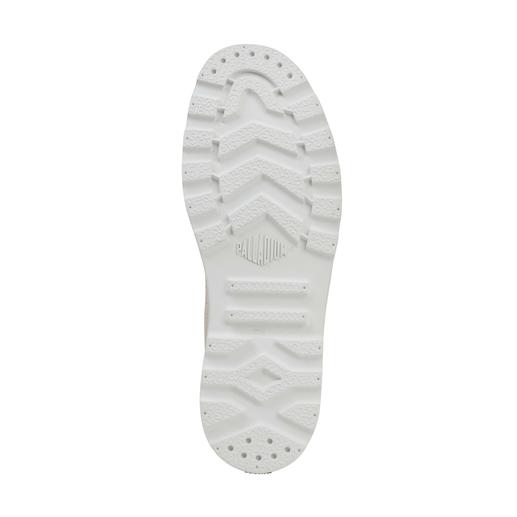 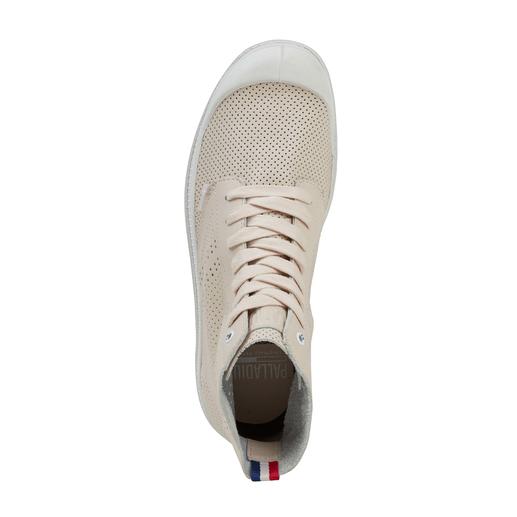 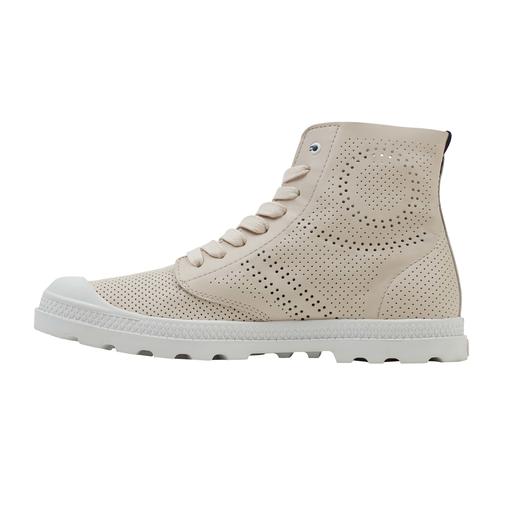 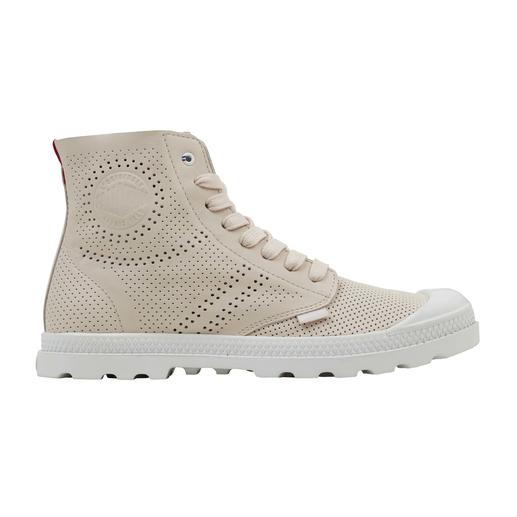 A former tyre company in the aviation industry switched to producing canvas boots with vulcanised rubber soles after the end of the war. And this is how the first “palladiums” were born. The robust, and at the same time airy, footwear proved itself in desert operations for the French Foreign Legionnaires, and accompanied worldwide expeditions in the 60s and became a cult shoe in the 90s on the grunge and rave scene. Now, they are experiencing another revival.
From trekking shoe to catwalk trend. Now made of finely perforated, pastel pink leather – summery, airy and much more feminine.
Despite the fact that the boots have been modified over the years, the casual style of the palladium boots remains unmistakeable. They go perfectly with all leisurewear. Protective rubberised toe cap, reinforced heel, non-slip profiled sole.