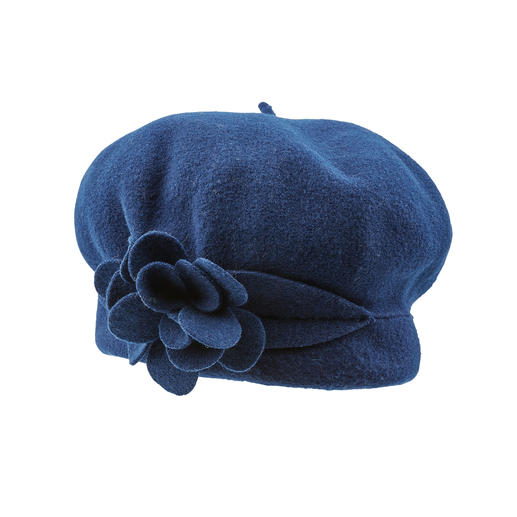 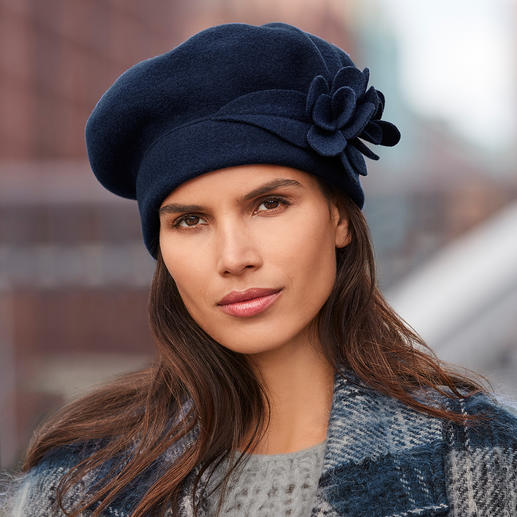 The French beret made its way to Paris from the foothills of the Pyrenees during the French revolution – from where it secured its place as a time-honoured fashion classic. It is as quintessentially French as the Tricolore, the game of boules, red wine and the baguette. Yet this traditional hat-making art is dying out.
The oldest and last remaining maker of sophisticated French berets.
Founded in 1840, the Laulhère manufacturer still operates in Oloron St. Marie, the birthplace of the beret. The dense, evenly felted material is made of pure merino wool and cannot be compared to cheap imports from the Far East.
Naturally windproof and water-resistant.
The fibres are smoothed three times, making the hat particularly weatherproof. It is hardwearing, can be crushed and folded and is virtually indestructible.